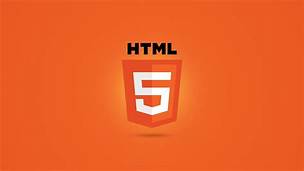 What is HTML? [ Computer language Programming ]

Hello friends, today in this article we will know what is HTML. If you want to become a good web designer or want to make your website better, then it is very important for you to have complete knowledge of HTML. Computer language programming

Learning an HTML language is many times easier than learning any other programming language, so today we are going to know about HTML in detail, so without delay let’s start this fun topic of today.

HTML is a hypertext markup language that is used to design a web page and to design different types of applications.

It was invented in the 1990s by Team Barnes Lee, the code of this language runs only on the computer or laptop under which a web browser is installed.

What is the full form of HTML?

What is the definition of HTML?

HTML is a (Hypertext Markup Language) used to create a web page or web application, it is simply a markup language that runs on any browser on the server.

History of HTML –
HTML was developed by Tim Berners Lee in the early 1990s in Switzerland to publish World Wide Web pages. HTML is a language that runs only on a computer on which a web browser such as: – Internet Explorer is installed.

What are the versions of HTML?

The first version of HTML was 1.0, it was released in the year 1993. In the old times, very few people were able to design the website, due to which only some basic elements were present in this version and this version also does not support text and images. There were many shortcomings in this version which were completely removed in the coming version.

The second certified version of HTML was 2.0, developed in 1994 under the patronage of the Internet Engineering Task Force. Some extensions from Netscape and Microsoft were not available in this version.
HTML 3.0 was developed in 1995 as an ambitious effort by Dave Raggett to upgrade the features and features of HTML. Although it has never been completed and used, many features have been added to it.

This is the new basic version of HTML – HTML 3.2 This version has added various features including align attributes for tables, images, headings and other elements, it is currently a universal language and understood by all web browsers However, it does not include Netscape and some extensions from Microsoft. Eg:- APPLET, FRAMEs and EMBED etc. were not available.

The fourth standard version of HTML is HTML 4.01, with support for many extensions, as well as support for additional features such as:- International Documentation, CSS (cascading style sheet), additional tables, forms, and JavaScript enhancements.

The current version of HTML is 5.0 which has been released in the year 2012, many new features have been added in this version like: – Header, footer, main etc. Features have been added in this version if you want to add any image or If you are thinking of adding a video then it is not possible without HTML, so I think you must have understood that HTML.

How to learn HTML?

It is very easy to learn HTML or we can also say that learning this language is many times easier than learning any language. But before learning it, it is very important for us to have knowledge of some codes, through these codes we create our web page or web application because these codes are already defined on the server, we just need to use these codes properly. And have to be run on the server using the correct location.

Codes are called tags, about which we will know further, but before that we have to know from where we can learn this HTML language, for which I have given below options in detail, through which you can learn this language very easily. Can learn by understanding Computer language Programming [ html ]

You must know that in the present time YouTube is such an internet platform where you can get all the information of the world, just like that you also go to YouTube and search as much HTML videos as possible from there.

With this you can learn HTML without spending any money, you do not need to pay any kind of money, if you want, just internet connection so that you can watch videos on YouTube without stopping. If you are learning through video then this platform is best for you.

You can also learn HTML very well through Books, in this you just have to buy HTML books from the market and sitting at home you can learn HTML very easily without any hassle.

As you all would know that in the present time, digital education is going on very vigorously, today if we want to know about any object, place or topic in detail and easily, then we search on google and Through many websites, we get the knowledge we need.

If there is a teacher in your knowledge who can give you an offline HTML learning course, then there will be no better choice for you than that, because these people will never want any student to be disappointed with them or go out to defame their institute. Do it because these people have only this way to earn money, so they provide you the best knowledge related to any project.

About Paid Course, you must have heard that whenever we want to learn something from any institute or training center, for that we have to first get admission there and also the fee for any course you want to do. have to pay

If you do training from any institute, then you get many more benefits there, you get to learn many more types of languages ​​there and you get an experience that how to do any work, its Along with this, training certificate is also provided to you according to your performance through the institute.

What are the Different HTML Tags? Computer language Programming [ html ]

HTML tag interpretation? Tags are used to create any website or web application, each tag has its own separate function, through these tags we determine which line should be in which place or any audio video or image in these. It is through the tags that they are installed in their right place, these tags have a very important role in the HTML language, so let us know about the various tags of HTML below in detail.

What is the attribute of HTML?

By the way, there are many features of this language, some of which we have described below, so let’s know.

It is a user friendly language –

This language works on all the web browsers –

Learning this language is very easy as compared to any other programming language.
It is an open-source markup language that is absolutely free.
To create any web page, we do not have to install any kind of software separately, for this we can do coding on the notepad already installed in our computer or laptop.
This language is very light-weight language.
It can also be mixed with other server side scripting programming languages ​​such as PHP.
If there is any kind of mistake while coding in it, then it can be rectified again.

What are the drawbacks of HTML? Computer language Programming [ html ]

Some of the drawbacks of HTML are as follows.

We can design our web page only by using HTML language, but if we want to make it a more beautiful page then we have to use CSS for that.
Under this we cannot perform logical tasks.
If a new version of HTML comes out, it takes a lot of time to adapt it.
There are some tags in this language which do not display the same result on all browsers.
With this we cannot create any kind of interactive web page.
Through this language we can create only a static web page.
This is not a programming language.